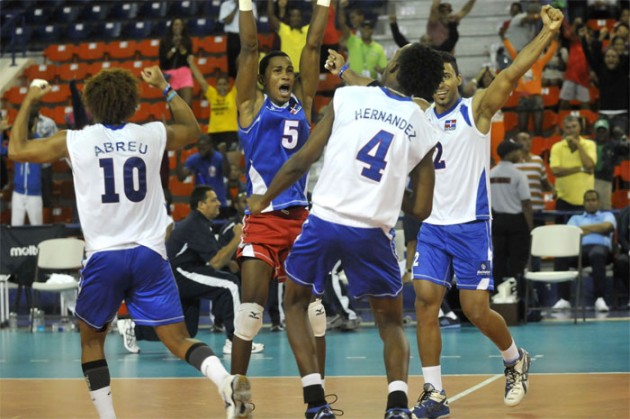 The young Mexico team offered strong resistance against a local team that didn’t slow down after losing the first set and claimed a victory that earned the right to play in the qualification playoffs for the annual men’s event of FIVB.

The other semifinalists – Brazil, United States and Argentina – are already qualified to next year’s FIVB World League based on their positions at this year’s event.

Backed by a partisan crowd, the stellar Elvis Contreras and Jose Miguel Caceres each scored 24 points while the experienced Elnis Palomino contributed 10 tallies.

Mexico’s Daniel Vargas topped his side with 16 points and was followed by Ismael Guerrero with 14.

The Cuban Osiel Vásquez, coach of Dominican Republic, praised the high determination of his players saying he was proud of them all.

“I am very glad because the doors are open for the first time to a Dominican team to play in the World League”, he said. “We prepared for this moment because in the last two matches with Mexico the team lost after winning the first two sets.”

“To play at home and win is always a big thrill”, he said. “I think my team played well but our lack of physical preparation hurt us. We lowered the level of our serves and attacks, especially the speed, but I must admit that the Dominicans played better than us.”

Caceres, the Dominican captain, stated: “It was a tough match because Mexico have shown they have the quality and have defeated us coming from behind. Today we stayed concentrated and prepared to win.”

On the other hand, Pedro Rangel, setter and captain of Mexico, commented: “It was a complicated contest because everyone knows the kind of good game the Dominicans have. We started well but the inexperience betrayed us, even though we must recognize that the best team won.”