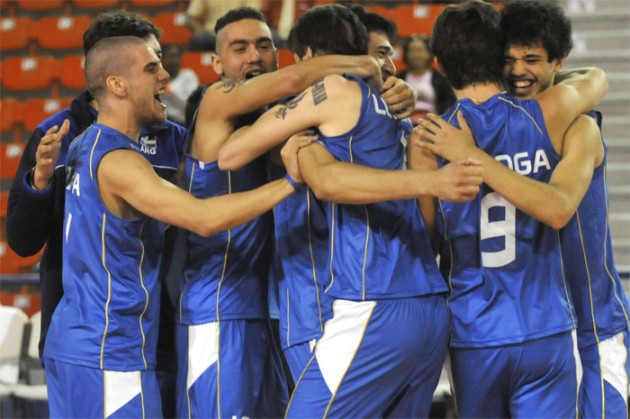 The offense of the winning squad was led by Maximiliano Gauna (18), Gonzalo Quiroga (16) and Gonzalo Lapera (13), while Mauricio Borges (18) and Tiago Barth (16) stood out for the defeated side.

Fabian Muraco, coach of Argentina, said “Brazil is a school we always look at and play against them is of great motivation. My boys had to play at more than one hundred percent and took advantage of every chance from the opponent.”

Leonardo Carvalho, coach of Brazil, commented: “Against Argentina you can’t make errors and my team was not there for the first two sets, then we found more balance, but when you go into a fifth set one ball is decisive. Our rivals deserved the victory because they were more consistent than us.”

Mariano Giustiniano, captain of the winners, rated the match as one very tough. “We took advantage in the first sets, then it was very equalized, but we are happy because we knew how to keep the calm in the tie-break, which is always very difficult.”

Raphael Vieira de Oliveira, the Brazilian captain, couldn’t hide his sadness especially after two poor sets. “We didn’t deserve to win, they were more stable and now go to the finals,” he said.

CHN W: Molnar – “Communication is not...