Argentina and Trinidad & Tobago evened their win-loss record at 1-1 in Pool B of the Women’s Pan American Cup following the straight-set victory (26-24, 25-14, 25-13) of the South Americans over the Caribbean side on Friday. 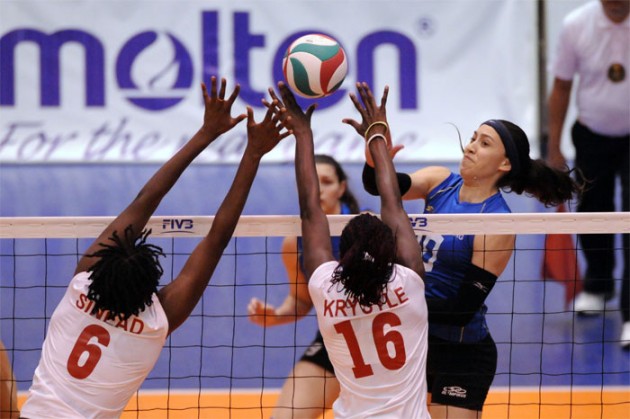 The Argentineans saved two set-points in the first set and then controlled the match the rest of the way. Leticia Boscacci and Josefina Fernandez were the winners’ top scorers with 10 points apiece, while Natasha Busquets added nine. Sinead Jack had 10 tallies for the defeated side.

“Trinidad & Tobago has evolved lately and you have to play 100 percent against them, otherwise you are going to lose,” Argentina’s Horacio Bastit commented. “As a matter of fact, they deserved to win the first set.”

“Our girls lack the experience and we couldn’t close the first set and then maybe play four or five sets,” Trinidad and Tobago’s Francisco Cruz said. “They identified some of our weaknesses and controlled the match after that.”

“The victory motivate us to continue on this path the rest of the tournament,” Argentina’s captain Emilce Sosa said. “We didn’t make so many errors like against Peru in our first match.”

“Congratulations to Argentina,” Trinidadian Kristle Esdelle said. “They understood what we were doing wrong and used that against us. We didn’t read the plays well and our defense was not good.”