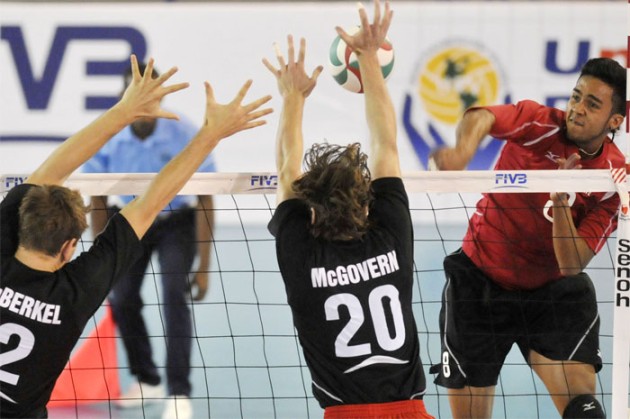 Christopher Hoag (12), Dane Pischke (11) and Luke VanBerkel (10), were the best scorers for Canada, while Venezuela’s Kervin Piñerua totaled 18 for the best in the game. Hector Salerno followed with 10 points.

Lawrence McKay, coach of Canada, praised the team of Venezuela that he considered strong. “We are two good teams in the area and we know them from the World League,” he said

Cuban Roberto Garcia, coach of Venezuela, said: “The boys improved in the technical skills, but not in the concentration, as it was the case of the second set where we failed in the reception and they made five points with Dane Pischke on serve“.

“It was a tough match, especially because of the serves of Venezuela in the second set, but for us I think it was our best game,” Canada’s captain Burt Maxwell said.

The Venezuelan Piñerua only said, “The only thing for us is to prepare for the upcoming commitments, including tomorrow against Trinidad & Tobago.“