Mexico defeated Trinidad and Tobago in straight sets (25-19, 25-14 and 25-14) in just 64 minutes to advance to the fifth place match of the VII Men’s Pan American Cup. Mexico play next the winner of the game between Venezuela and Canada. 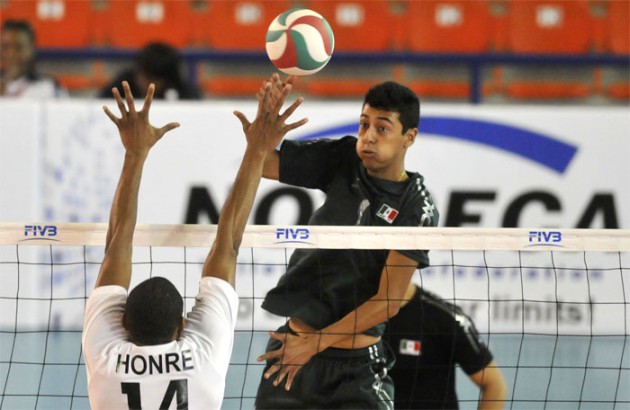 Daniel Vargas scored 13 points to be the best of the winners while Marc Honore had 11 for the losers.

“The boys recovered from yesterday’s defeat to the Dominicans in a match that was very exciting for the pass to the semifinals,” said Jorge Miguel Azair, coach of Mexico. “And I was somehow worried because in the Pre-Olympic with Mexico having a more experienced team, the Trinidadians took one set from us.”

Gideeon Dickson, coach of the Trinidadians said “the scores reflect the way our rivals ruled the game. They played focused on their goal, something we missed.”

“We have been improving our pace to conclude the tournament with a high note,” Mexico’s captain Pedro Rangel said.

Captainn of Trinidad and Tobago, Nolan Tash, lamented the performance of his side. “It was dissapointing: he said. “I feel we played against a team with a good captain and one exceptional setter.”