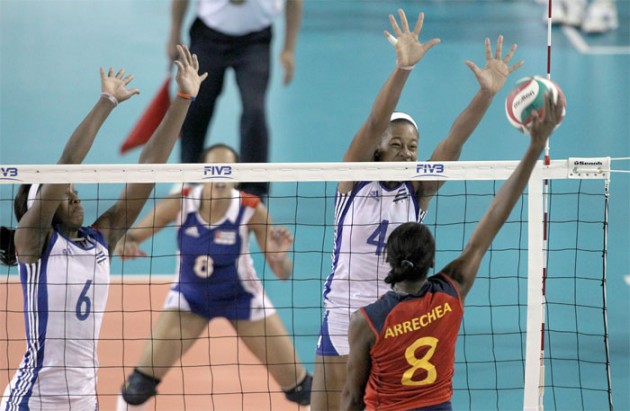 Cuba’s Wilma Salas scored 12 points followed by Yoana Palacios with 9 and Yanelis Santos and Ana Cleger each with 8 tallies. Melissa Rangel finished with 10 for Colombia.

“This is a young team, composed by U-23 girls in preparation for the South American tournament. We showed a great level for a half set (in the second one) and that will help us a lot to mature in this process,” Marasciulo said.

For Lorena Zuleta this match has been another great experience. “Facing teams like these (Cuba) is very important to us. We can get more experience despite the result. It was tough, but we found out what to adjust like coverage and service,” she mentioned.

“The goal is a ticket to the FIVB Grand Prix,” coach Juan Carlos Gala stated about Cuba. “At the same time after not qualifying to the Olympics we have decided to start over for the next cycle with a new group of young players and immediately, we are looking forward for our next rival at this Cup: USA.”

EL W: Belgium back on track with...