Brazil collected their second victory in as many outings in the XI Women’s Volleyball Pan American Cup by downing Peru in straight sets (25-11, 25-19, 25-16) on Friday. Peru fell to an even 1-1 win-loss mark. 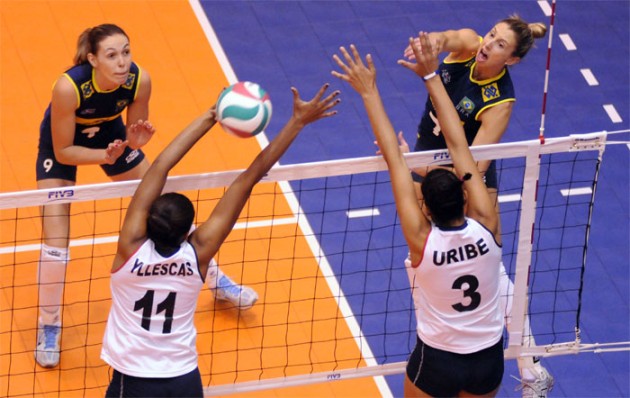 Brazil held an overwhelming 17-7 advantage in blockings led by the seven of Natasha Farinea, and also a slight margin of 3-0 in the aces department.

Gabriela Braga led the winners with 17 points, including four blocks while Joyce Silva added 12. Natasha Farinea and Priscila Daroit each contributed 11 points to the victory. Peru’s Clarivett Yllescas topped her team with 8 tallies.

“We played very hard against a world class tradition team we respect like Peru,” Brazil’s Claudio Pinheiro said. “I am very happy because our objective here is to give experience to this group of young players.”

“We did our best effort against a very technical team like Brazil,” Peru’s Edwin Jiménez said. “We tried different adjustments and variables.”

“Brazil showed their high technical level and their traditional style of play,” Keldibekova said. “We had some good moments but our reception was our problem. We changed coaches recently and for the young players takes some time to adjust.”

CAN M: Graham Vigrass retires from the...

Do you know how many players WoV...