Thomas Edgar went into volleyball history! The textbooks regarding this sport will contain the new record from today – 50 points in a single men's game under FIVB jurisdiction. 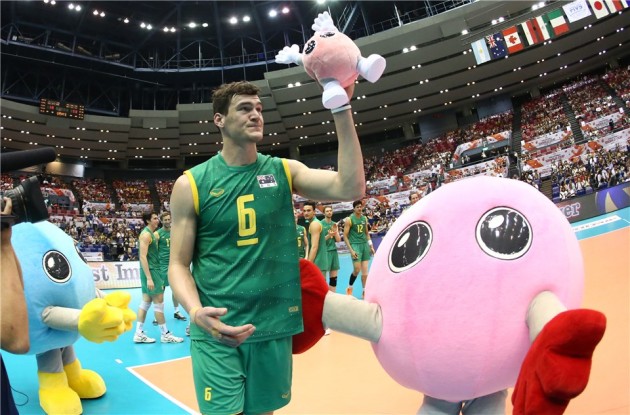 In the World Cup match against Egypt, the „Aussie“ opposite hitter was the star, the brightest in the tournament in Japan so far! He broke previous record held by the Swedish player Frederik Gustavsson who scored 44 points in the World Championship Qualifiers between his national team and Belarus, two years ago.

The match Australia – Egypt will also be remembered by another record – the highest number of points collected by two rival opposites. Ahmed Abdelahay added 30 to Edgar’s 50 for a total of 80 points!

We emphasize that Edgar’s record relates only to games under the patronage of the International Volleyball Federation. There are players that scored more points in other competitions.

See entire list of the best scorers in history of volleyball in all competitions made by Jeremy Brahm who has been tracking this kind of data for „Inside Volleycountry“ since December 2010.