“I am very proud of my team,” Canada’s captain Brittney Page said. “We started and finished strong. We respect Cuba but we kept the pressure on and we deserved to win.” 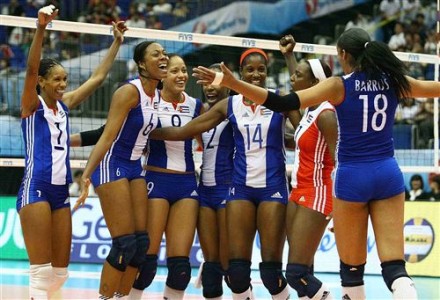 “It was a bad game for my team” Cuba’s Yuisdey Silie said. “We made many mistakes and Canada played a good tactical game.”

“Everything we did bad yesterday, we did well today”, Canada’s coach Arnd Ludwig said. “Cuba recovered after the second set but we had the right answers.”

“I congratulated Canada for a good match”, Cuba’s Juan Carlos Gala said. “We had a bad start and also in the fifth set. We made mistakes in the crucial moments and our team appeared to be tired after playing five sets yesterday.”

ESP M: Teruel is the champion of...