The 2015 CEV European Championship in Italy and Bulgaria is already history. The next major volleyball tournament is Olympic Games Qualification in both competitions, in January. The European Volleyball Confederation (CEV) announced the composition of the pools for this event. Check out Pool B in both competitions where we will see reruns of Eurovolley 2015 semifinals! 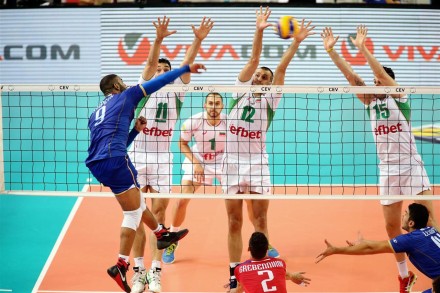 The eight participating teams in the continental Olympic Qualifications were seeded according to their position in the latest CEV ranking list (men and women) which was released earlier this week for men and at the beginning of October for women.

Italy (men) and Serbia (women) already secured their qualification to Rio 2016 by claiming second places at the FIVB World Cup.

The winners of these qualifiers will book their ticket to the Rio 2016 Olympics while the runners-up and third-placed teams will go to the World Qualifier in May/June 2016.

The eight participating teams were split into two pools of four each as follows:

Pool A: Turkey (the hosts), Germany, The Netherlands, Croatia