Historically, Italy has dominated the FIVB Volleyball Men's Club World Championship, winning eight of the ten titles consecutively since the inaugural edition in 1989 in Parma. 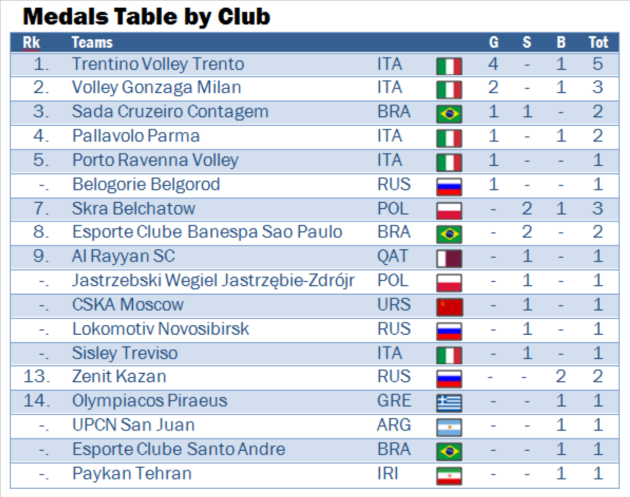 Trentino dropped even lower to 5th place in 2014 – the first time in the history of the event that neither an Italian nor a Brazilian team made it on to the podium.

This year there are no representatives from Italy to try and claim back the title.

So will it be Zenit Kazan keeping the title in Russia (after the success of Belogorie Belgorod last year)?

Or will Sada Cruzeiro  take advantage of home crowd support to bring the trophy back to Brazil and become only the third club with multiple gold medals?

Or can any of the other contenders rise up to upset the favourites?