Davarzani President of Iran volleyball Federation Mohammed Davarzani has assigned specific mission for the Secretary General and team manager to have a short trip to the Poland for having negotiation with three coaches. 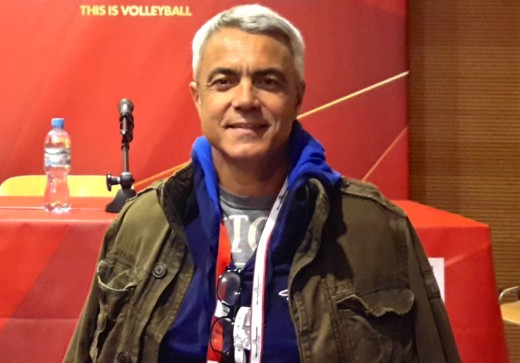 “We are dispatching Afsahrdoost and Khoshkhabar to the Poland to be present at the training and game sessions of Anastazi and Lozano teams for becoming familiar with their work, in case of need to do negotiations with them and survey their plans,” says Davarzani who also added – “Coincidence with this trip Cichello also will be in Poland, it is due for our representatives to have a meeting with him. The representatives of Iranian Federation are supposed to do a precise survey over the work position of the main options. After their survey we would be able to make decision.”

The representatives of federation will have a meeting with Andrea Anastasi, Raul Lozano and his compatriot Juan Meguel Cichello, the ex-assistant coach of Iran team.

As we know, Andrea Anastasi has been working with Polish club as the head coach of Lotos Trefl Gdańsk. Recently, in front of 5.000 volleyball fans, the team of Anastasi won the Polish Super cup.

Andrea Anastasi has contract until 2020. With these conditions and good honors, it does not sound reasonable for Anastasi to leave his job and start a new job in a new country. Therefore, his arrival to Iran is unlikely.

The second person who is actually the number one candidate of Iran federation is Raul Lozano. He was born in September 3, 1956 in La Plata city of Argentina. He is one of the most valuable coaches in the world. He worked with many teams such as the teams of Italy, Greece as well as the Spain National Team. With his team from Milan he won the World Cup and with Iveco Palermo took the CEV Confederation Cup, and with Sisley Treviso, the Italian Championships.

In 2005-2008 he worked with Poland men’s national volleyball team. In 2006 led Poland to silver medal of the World Championship in Japan. That was the biggest success of the last 30 years of Polish men’s volleyball. On December 6, 2006 received a state award granted by the Polish President Lech Kaczyński – Knight’s Cross of Polonia Restituta for outstanding contribution to the development of Polish sport, for achievements in training. In April 2015, he signed contract with Polish club Cerrad Czarni Radom. It is said that his contract is for one year with this Polish teamteam.

In case of not reaching to agreement with Lozano, Iran volleyball federation will appoint  Cichello as the head coach, in case of accepting coaching by Lozano, he will chose Cichello as the assistant coach.

CL W: Lokomotiv run over compatriots, Uralochka too strong for Serbian side