The International Volleyball Federation FIVB has confirmed and announced its beach volleyball calendar for 2016, with the first event, the men-only Kish Island Open in Iran, scheduled for as soon as mid-February. 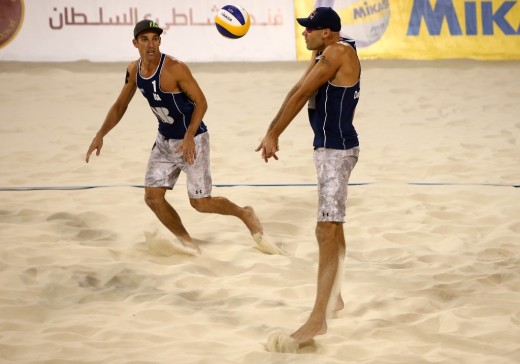 With the introduction of the Swatch FIVB World Tour Finals in 2015, the World Tour season no longer coincides with the calendar year.  So the new 2015-2016 season has already started with the first three Open events in Puerto Vallarta, Antalya and Doha this fall and will continue through the second edition of the Finals expected to take place in October 2016 at a venue yet to be determined.  The total prize money to be distributed at five Grand Slam, three Major, fourteen Open events and the Finals during the 2015-2016 season is in the realm of USD 9 million.

The 2016 beach volleyball calendar is, of course, highlighted by the Olympic tournament in Rio de Janeiro, set to take place from August 5 through 21.  It will be preceded by the FIVB World Continental Cup Olympic Qualification in Sochi from July 6 through 10.

The 2016 FIVB beach volleyball calendar is completed with the three age-category World Championships – for U21, U19 and U17 men and women.