As we know, Matey Kazyiski quit the national team along with Radostin Stoychev. Brazilian star said a few words about this situation. 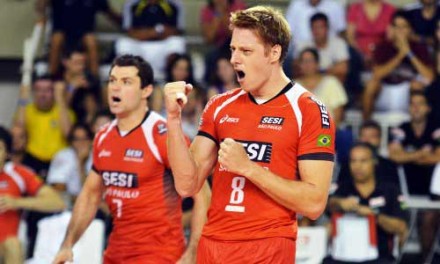 During the Final Six in Sofia, many fans have protested and appealed to Kazyiski and Stoychev to return. After a few more resignations (for exapmple the setter, Andrey Zhekov), Bulgaria is not the same team anymore and their chances for Olympic medal are quite low.

That is what Murillo said about this unpleasant situation:

“I know Kaziyski and I’m surprised he quit the national team. I know him and if he says there is something wrong in BVF it has to be investigated and attention should be given. I think FIVB should interfere and check this case. If I say anything in Brazil, straightaway it will be taken into account because I’m Murilo Endres and there is no way to say something that isn’t true. The same should be the attitude in Bulgaria. I trust Kaziyski and if he says something then maybe you need to investigate.”

BRA M: B. Rezende – “There is no time for excuses”

The girl who sets the ball to...