ROAD TO RIO W: Eight teams to fight for one ticket in Ankara!

The upcoming week will be very interesting! At the Olympic European qualifying tournament, eight teams will fight for the most precious piece of paper – ticket for Rio! 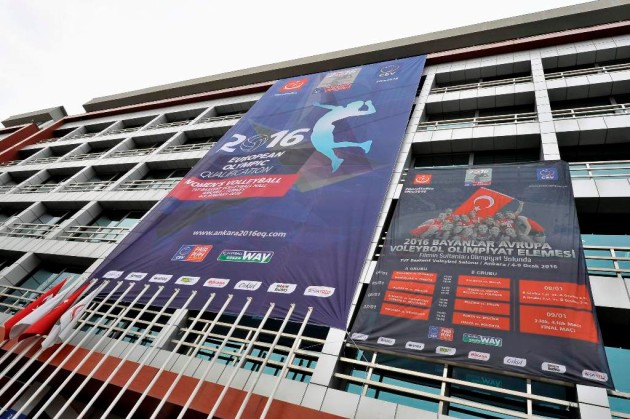 No doubt that this tournament will be the most exciting. There is no favorite, but Turkey have the small advantage as they are hosting this competition.

Three games will be played tomorrow. As you can see below, these eight teams are divide into two Pools! The first two teams from each pool will enter semis.

So, who will win the ticket for Rio?

But, Olympic European qualifying tournament is not the only one that begins these days. There are South American and North American Olympic qualifiers as well.

At the North American Olympic qualifying tournament (7-9 January) USA are the main favorites for winning ticket. Three more teams along with USA with try to reach spot in Rio, Dominican Republic, Puerto Rico and Canada.

At the South American Olympic qualifying tournament (6-10 January) Argentina have the biggest chance to qualify for Rio Olympics. Chile, Colombia, Peru and Venezuela will try to surprise the favorite and to grab ticket.

Recall that the second and third teams from all these tournaments will play in World Olympic Qualification tournament.(between 14 May – 5 June in Tokyo).

To read more about these tournaments, visit Olympic Games 2016 W.