Playoff in the Chinese league aspires to be one of the most interesting this season in the world. Both semifinal series ended in five games with favorites prevailing eventually! 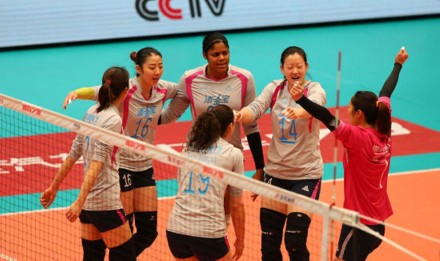 First-placed team in Top 8 stage, Jiangsu, made an epic turnaround in semifinals against fourth-seeded Shanghai. Jiangsu trailed 2-0 in series, but took advantage of remained three games at home court and qualified to the finals.

The Cuban Nancy Carrillo demonstrated power once again leading Tianjin’s scorers with 28 points. Liu Yanhan was the most efficient in Bayi with amazing 33 points.

Final series to three wins will start on January 16. First two matches will be played on Tianjin’s court. Third game and remained two if necessary will be hosted by Jiangsu.