DEN: Gentofte and Brøndby defend title, but only after Golden Set (VIDEO)

In a deeply exciting Game 2 of the men's playoff finals in Denmark, the home team of Gentofte needed a win to reach the Golden Set and have the chance to defend the title. 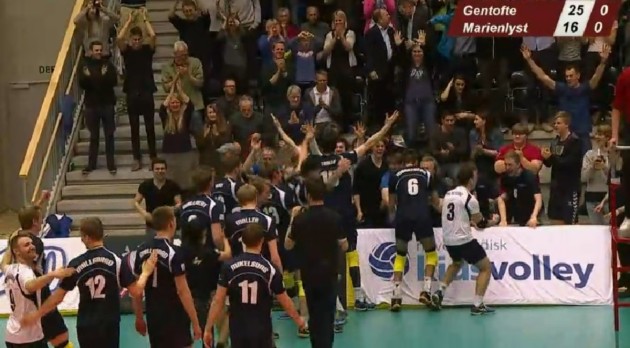 Other drama was seen in Game 2 of women’s finals, also in Gentofte. The series for gold medal was between Holte IF and the defending champions Brøndby Volleyball Klub. Brøndby have won the first game (3-0), and when Holte took the second showdown 3-1, Golden Set had to decide on the title holders. It was close, but Brøndby have taken it 25-21 and was crowned as the Danish champions for the third consecutive year.

LIVE from Krakow: Djurić – “We are not afraid of Zenit”

European champion to qualify for the Olympic...

Marouf and Kovač – “Terrible and embarrassing!...