Vote for your favorite setter and help her enter the WoV Dream Team 2016. 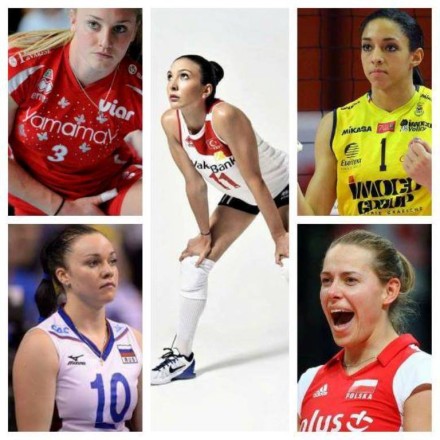 Five world-class setters. Still, there is a place for only one of them in the WoV Dream team 2016. And it is up to you to decide which one will enter the ideal team of the season.

Naz Aydemir was an engine of Vakıfbank İstanbul, the initiator off all actions whose resourceful solutions were necessary for the Turkish giants to take the domestic championship crown. She does not show emotions on the court but her brain always works tirelessly.

Carli Lloyd had almost perfect season in Italy as she claimed the most valuable possible trophy in club’s volleyball – the CEV Champions League – with Pomì Casalmaggiore. Certianly, she can partly take credit for the MVP award of Francesca Piccinini at the tournament.

One of the reasons why Lloyd did not defend national title in Serie A1 is because her compatriot Alisha Glass perfectly led her team, Imoco Volley Conegliano, to the trophy. The two players are big rivals for the place in the US National Team for 2016 FIVB World Grand Prix and Olympic Games.

Katarzyna Skorupa took silver medal in the Turkish Championship with Fenerbahçe İstanbul but had to find her place in the competition for the #WoVDreamTeam due to her enormous experience and unsurpassed quality.

Ekaterina Pankova was an indispensable factor of Dinamo Moscow who won the gold medal in the Russian Championship after long six years.

Dani Lins is te most better setter of the world..