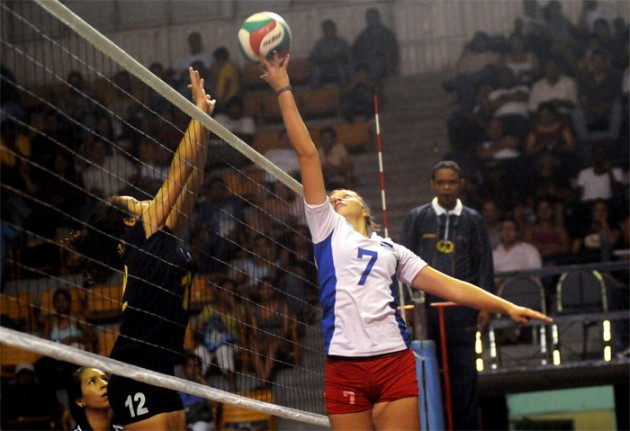 Costa Rica scored a total of 10 aces against one from Nicaragua; they claimed the first place in Pool A and are among the top four of the tournament.

Angie Montero was the best scorer for Costa Rica with 15 points along with Yuliana Gonzales with 10; while on Nicaragua’s side the best was Florelisa Smith with 7 points.

Captain for the winning team, Angie Montero was thrilled for the win. “Nicaragua is a tough team to face, they put strong effort; we made things difficult for them with our serves and in some point we were too confident but we were able to take control once again.”

On the other hand Florelisa Smith was disappointed for the loss but at the same time pleased to continue alive in the tournament “even if we’re moving ahead we needed to motivate ourselves with a victory.”

“The goal always is to win and give our maximum effort without caring who the opponent is and close as champions. I’m satisfied with my player’s job, they come from a process initiated by Prof. Perales and today we’re enjoying the results. It’s the first time ever that we finish as the best four in a continental tournament and no one can take that away from us.”

Claudia Noguera expressed “we reached our goal to classify to the second round, now we must prepare mentally to face one of the big teams with responsibility.”

ECJ M: Coaches agree – everything is open in Pool II