WL M: Oranjes one step away from World League ticket

After scoring yesterday a 3-0 win against their opponents from the Dominican Republic, the “Oranjes”, winners of the 2012 CEV Volleyball European League, needed to claim only one set in their second match for the intercontinental qualifier opening the door for next year’s FIVB World League. 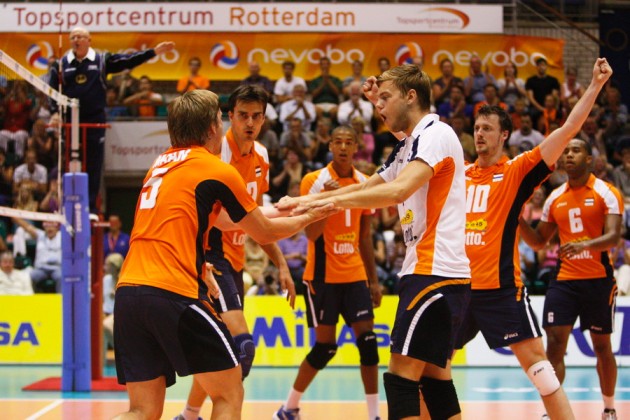 However, head coach Edwin Benne wanted to finish the job with a second win and eventually could celebrate the 3-2 (25-27, 25-21, 24-26, 30-28 and 16-14) sealed by his players after 2 hours and 20 minutes of play. Next weekend the Netherlands will play twice Portugal once again at the Topsportcentrum in Rotterdam with the winner of this double header eventually qualifying for the 2013 FIVB World League.
“We were confronted with an extremely tough opponent as all sets were prolonged to the extreme. We still can play better but I am happy with the result” said Benne. “Next week we will host Portugal, a squad that has been playing the World League for the past few years. They are better structured than the Dominican Republic, so we can expect some tough matches”.

ECJ M: Bulgaria won the tie break and the match against Greece