Guatemala won its first match of the NORCECA Men’s Junior Continental Championship with a 25-14, 23-25, 25-19, 25-18 victory over Curacao on Wednesday afternoon at the U.S. Olympic Training Center in Colorado Springs, Colo. 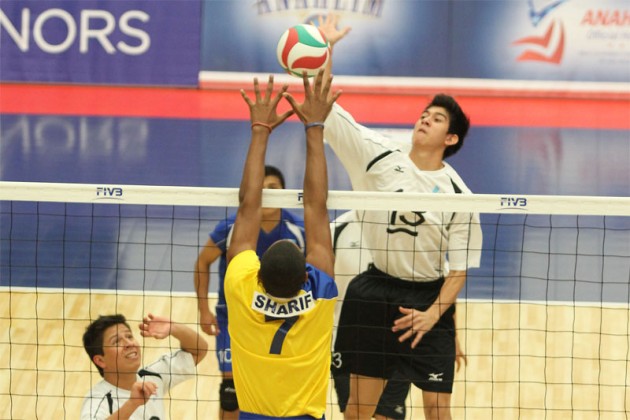 With the victory, Guatemala (1-2) advances to Thursday’s quarterfinal round as the third-place team in Pool B. Curacao (0-3) will begin the 5-8 classification matches on Friday against an opponent to be determined.

Guatemala produced a 13-9 margin in blocks and took advantage of 32 Curacao errors. Curacao held a slim 4-3 margin in aces.

While Guatemala controlled the first set with a 25-14 victory, Curacao rallied back on a couple occasions in the second set ultimately winning 25-23. Curacao was within two in the third set at 21-19 before Guatemala tallied final four points and 25-19 victory. Guatemala pushed to a 6-2 lead in the fourth set and maintained the small, but comfortable lead to a 25-18 victory.

“We are happy with the result, although sometimes the rhythm decreased and we couldn’t maintain the advantage,” Guatemala captain Erick Noel Colindres Ipina said. “I congratulate the team of Curacao for a good job today, especially in the second set.”

“Congratulations to Curacao because they have a great team with a great future,” Guatemala head coach Jorge Chavez said. “This is a sport without ties and somebody must win. It was a very important match for us to reach the quarterfinals, and now we are thinking of Mexico or USA as our next opponent and a chance to achieve a better ranking. Congratulations to my players for following the tactical instructions given to them before the match. I am proud of my team.”

“Congratulations to Guatemala,” Curacao head coach Paulina Gilbert said. “They have a good team with good spirit. My team had problems in attack, especially position four. Now we have to fight for positions five or six in the tournament.”

“Congratulations to Guatemala, the team was very good,” Curacao captain Raynold Marchena said. “We had some problems with Guatemala in the match. Now we are playing for the highest possible place we can finish.”