Channon Thompson and Darlene Ramdin had nine points each as five-time Caribbean champions Trinidad & Tobago overcame Bahamas in four sets to begin play in 2014 FIVB World Volleyball Women's NORCECA First Round Group-A which served off in Paramaribo, Suriname, on Saturday. 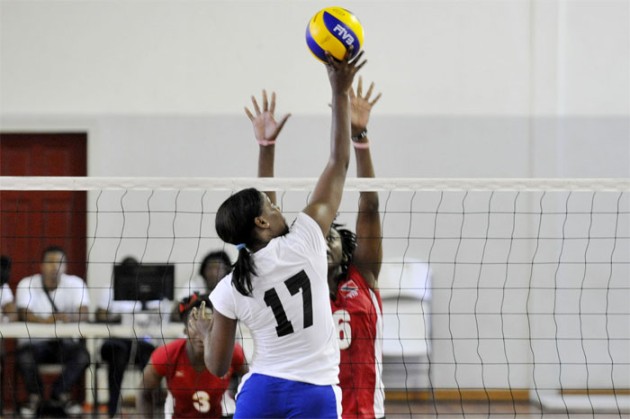 Speaking after the loss, Bahamian captain, Krystel Rolle while not making excuses for her team’s performance, first pointed out her team was a bit fatigued having only arrived in Suriname early Saturday morning from Naasau.

She added: “In addition, we had a major challenge in that we knew the T&T girls were much taller than us and we needed to be quicker on defence and we weren’t at most times.”

Esdelle, on the other hand was happy to start with the win saying, “We played a good match. In the first two sets we were focused but in the third set we lost our way a bit before regaining our focus and completing the victory. Overall we could have played much better, but a win is always welcome to start a tournament.“

Volleyball speed vs. Football speed – which sport is faster, which hurts more