The coaches of the eight sides expressed their opinions about the tournament and their teams during the preliminary enquiry held on Sunday morning. 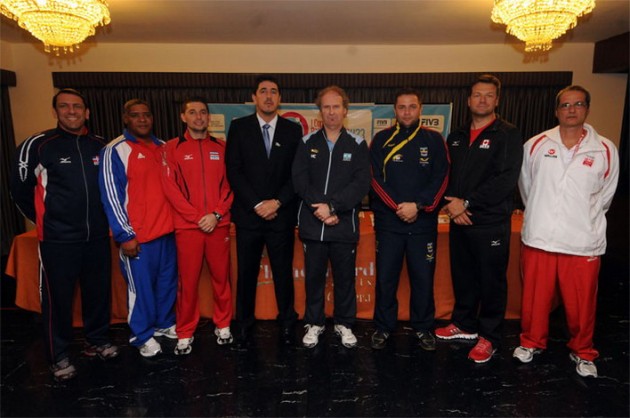 Here the excerpts of their statements:

Horacio Bastit, Argentina: “The expectations are good, we are well prepared and with a team according to the competition, which we know will be a tough one, but we are going to face it with confidence even though three players had to stay back for the Club’s South American.”

Luizomar Moura, Brasil: “We have a team of players who are 17 and 18 years-old and we will use the Cup as a preparation for the Junior South American Championship next October, precisely here in Lima, a very important one since it is a qualifier to the world championship.”

Roy Hofer, Canada: “We are excited to represent Canada at the first U-23 Pan American Cup and we look forward to have a great competition and representing our country with pride. It is always exciting when countries can compete hard against each other and bring out their best.”

Oscar Guevara, Colombia: “We have a good projection with this junior team that took part in the 2011 South American, the Pan American Cup in Juarez and the Peruvian Cup where we achieved the gold medal. We are working on longer concentrations since our goal is qualifying to the 2014 World Championship.”

Andres Carvajal, Costa Rica: “We all know the level we are facing, but the objective is to have the best possible matches with good scores and to do our best to take advantage of this first U-23 event that narrows the gap between the minor categories and the high senior level.”

Juan Carlos Gala, Cuba: “Our main objective is to evaluate the younger players who have not played with the national team. In this group we have four juniors but to promote to the big team we think first in quality and not in age, so this cup is the moment for the less experienced players.”

Marcos Kwiek, Dominican Republic: “We have a lot of ambitions for this Cup with a well balanced team that includes four Olympians, but this will be their first real test as members or the selection in one event that will contribute to their development as players because they will have more playing opportunities in this transition, which is very important.”

Jose Dos Santos, Perú: “We have 12 players of different ages and I have just started working with them but in these days we have worked very well, many defense systems and they have done well, but I need the help of all coaches from Peru to do a good job in this country, especially to increase the height of the players.”