The head coach of Chinese women’s national team Lang Ping was satisfied after the match, hoping that her team will display a better game in the final compared to a group stage match against Serbia. 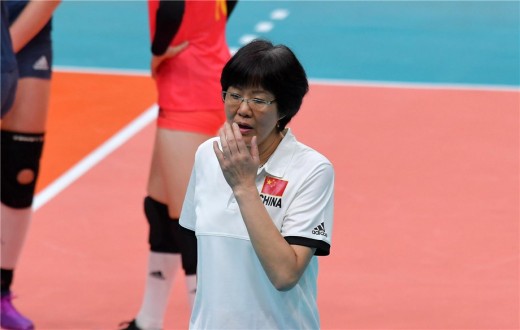 “We prepared really well for this match and kept fighting until achieving our goal. Everybody could see that the match was very tough. We made some unforced errors, but also we were lucky to win the key points at the closing moments. The key for us was the blocking against a team with strong and tall spikers. It was a great performance also by Netherlands, a team with great potential” says Lang Ping who also commented on the performance of Zhu Ting.

“She played very well, and she is the core of our offence.”

“I had no time to think about Serbia before this match. First I had to win this match before preparing for Serbia. They defeated s 3-0 in the qualification round and I hope that my team can play better this time around. Serbia played very well defeating USA 3-2 at the World Cup last year and won again 3-2 here. I hope we have better game than in the pool play.”

Lang Ping will get a chance to win a gold medal as a coach, as she managed to win as a player.

“I won an Olympic gold medal 32 years ago as a player and it is impossible to compare the game of those years with the current game. There has been a revolution in the way volleyball is played nowadays. But I can tell you that at the end of the day it has the same meaning.”