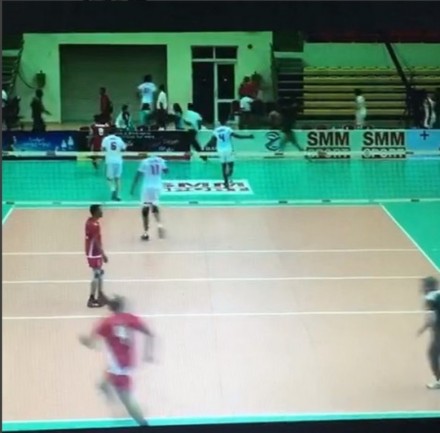 At least 73 people have been killed in a 6.2 magnitude earthquake that hit a mountainous area of central Italy (100km north-east of Rome, not far from Perugia). Many of the dead were in the historic town of Amatrice which was literally razed to the grownd.

The stronger one, a 6.8 magnitude, occured in central Myanmar (Asia), damaging temples in the ancient city of Bagan but killed far fewer people – at least one person.

This earthqauke was also felt in Myanmar’s capital Naypyidaw and it interrupted a Pool B match at the Asian Men’s Club Volleyball Championship between Qatar’s Al Arabi SC Doha (two superstars Uroš Kovačević and Leandro Vissotto play there) and Al Jazira Abu Dhabi from the UAE.

See the exact moment when the earthquake has struck! Players have instantly started to run to the exit tunnel…