The final step in the qualifying process for the FIVB World League 2013 begins on Friday when Iran, ranked 14th in the world, hosts world No. 19 Japan in Tehran in the battle for the final ticket. 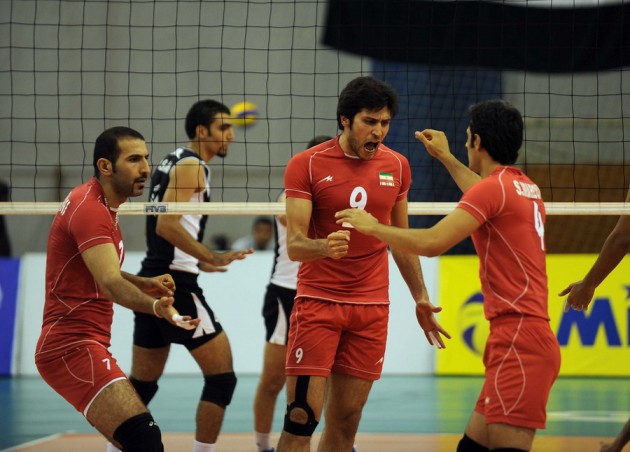 Iran earned this honour of playing Japan after beating Egypt twice in Cairo last weekend in the first round, while Japan are out to defend their spot in the FIVB’s premier annual men’s event after finishing 15th and second to last in the 2012 edition without a win to their name.

The bottom two teams of the World League must defend their places in the competition. Last weekend, Portugal, who finished 16th, lost to the Netherlands (who had earlier beaten the Dominican Republic in a first round playoff) in two thrilling five set encounters in Rotterdam to return to the World League for the first time since 2010.

Iran will start as strong favourites this weekend having won the last four matches against Japan, including a straight sets win in their last encounter at the World and Asia Continental Olympic Qualification Tournament in Tokyo in June. Julio Velsaco has turned Iran into an impressive team since taking over in 2011. Their performance at the 2011 World Cup was particularly impressive when Iran picked up four wins out of five games including picking up the scalps of Poland, Argentina and Serbia, before finishing ninth, one place above Japan (who had two wins to their name) with five victories.

Japan has played in the World League playoffs once previously, beating Tunisia in the first round of the 2011 qualifiers before losing to Korea in the second round.

The overall head to head record sees Iran lead 4-2 with Japans only victories coming in the opening two games at the FIVB World Championships 2010 qualifiers and 2009 Grand Champions Cup.

The playoff will be held over two matches with Friday’s game starting at 19:00 (local time) followed by the second game on Sunday at the same time.

Men’s and women’s V.League shortened because of...