Yonkaira Peña, one of the major contributors to the success of Dominican Republic in the U-23 Women’s Volleyball Pan American Cup, was named the Most Valuable Player of the competition that concluded at Miguel Grau Coliseum of Lima on Saturday. 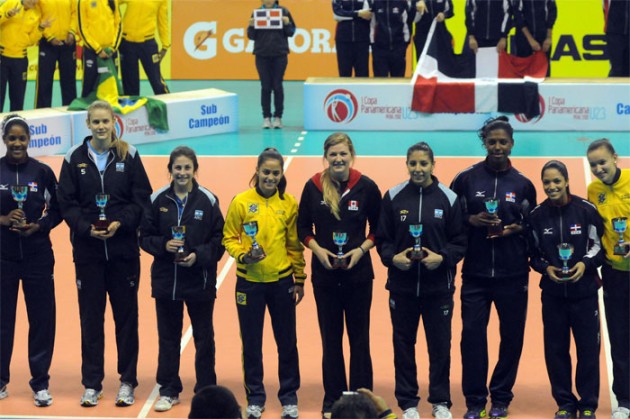 She was one three Dominican players who received individual awards during the closing ceremony of the event chaired over by Cristobal Marte Hoffiz,  president of the Volleyball Pan American Union and First Executive Vice President of FIVB.

Candida Arias was selected as the best blocker and Brenda Castillo was awarded as best digger.

Brazil’s Juliana Paes finished as best receiver and her compatriot Gabriela Braga was the best spiker.