EC M: Austria misses out on ticket for third round 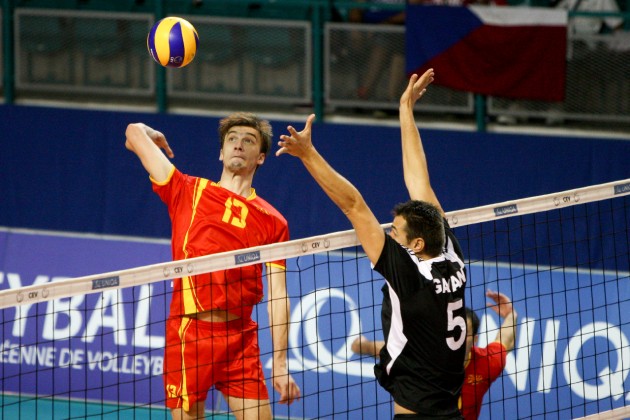 In order to finish second in the group, Austria did not have to wait for the result of the Czechs in their match with Croatia but was rather “obliged” to beat the F.Y.R. of Macedonia.

This did not turn into reality as Macedonia started with the right spirit (25-21), Austria responded by claiming the next two sets (25-17 and 25-15) and even though they were glancing at the finish line, the guys mentored by Michael Warm lost the next (21-25) and the match was stretched to the tie-break.

There a close race unfolded before FYROM could finish it off at 15-13, thereby crashing the hopes of Austria to make it to the third and last qualification round.

“We started well but then we made too many mistakes in the next two sets. In the fourth we played once again our best and we had some luck in the tie-break because sometimes you end up by losing so tight matches” said FYROM head coach Aleksandar Tasevski.

“We are very disappointed because to finish second in the group would have been a sensation. We could not finalize our quest in the fourth set and even though our opponents had no chance to make it to the next round, they fought bravely, were a bit relaxed and eventually brought it home” stated Austria’s mentor Michael Warm.