CAN M: International Volleyball comes to Langley for the first time ever

When Canada’s Trinity Western University head coach Ben Josephson, was notified that his team would represent the country in the Men’s U-23 Pan American Cup, he felt a double commitment. 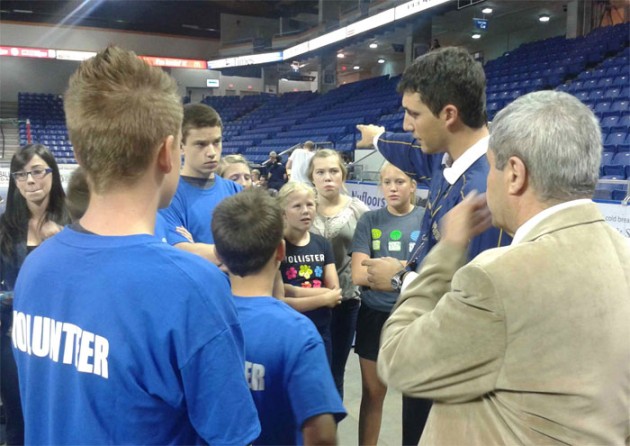 “A high number of athletes have also represented Canada at national team level, half of our team has had international experience before, but getting to play in your gym in front of your own friends and family is a new experience here,” said Josephson, who has coached the Trinity Western University Men’s volleyball team since 2007.

This time, the Pan American Cup will be so special. For the U-23 category Volleyball Canada looked into college talent, with some proved experience at the FIVB level.

“Last fall we played in the World Club Championship in Qatar, and faced great teams like Kazan and Jastrzebski Wegiel from Poland,” Josephson added. “So some of the world’s best players and most of our athletes have been part of an experience like that.”

But he Pan Am Cup in the British Columbia region will have a special taste for hundreds of volunteers who attended to the practical clinic that took place at the Langley Events Centre, in preparation of the tournament.

The township of Langley is located approximately 37 kilometers south east of Vancouver, one of the biggest cities of Canada, and also 32 kilometers far from the USA-Canada border.

For the people of the community it is a big opportunity to reach and get involved reach in a high level competition organization, which emerged after the building of the Langley Events Centre, in 2009.

This facility is the home of the Trinity Western University volleyball and basketball teams, for example, as well as the home of other sports organization in disciplines like lacrosse and ice hockey, both very popular in Canada.

“British Columbia has not hosted an International volleyball tournament at this level ever, so this is a big chance to see the best volleyball,” remarked the volleyball coach.

During the practical clinics, children, teenagers, youngsters and also senior citizens tried to contribute to do their best as volunteers in areas such as Volleyball Information System (VIS), transportation and also as moppers, ball retrievers, attachés or team assistants.

“Hopefully and should be something very fantastic for the people here and all the countries that have come to compete,” concluded Josephson.