The president of NORCECA Confederation Cristobal Marte Hoffiz had a very active participation during the FIVB World Congress that elected Dr Ary Da Silva Graca as new president of the institution. 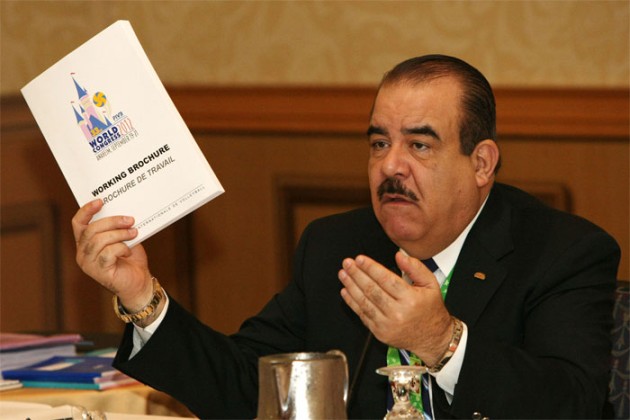 As FIVB First Executive Vice-President, Marte Hoffiz had the responsibility of conducting the works of the three-day general assembly as well as the one-day seminar for all national federations category I and II held on September 18.

Besides his duties, Marte Hoffiz represented NORCECA Confederation and on behalf of the 41 national federations and territories he made a long and detailed report of the two-year activities carried out by the regional institution.

The achievements of NORCECA in the development areas as well as the organization of continental and zonal tournaments both in volleyball and beach volleyball were recognized by the FIVB community.

“We are very proud of the democratic exercise that was evident during the three-day world congress when all the representatives of the national federations had the opportunity to express their ideas and points of view,” Marte Hoffiz said. “This is the start of a new era in FIVB.”

Marte Hoffiz, who was confirmed as First Executive Vice President of FIVB, will travel next Saturday to Lausanne, Switzerland, to accompany Dr Da Silva Graca in the first visit of the elected president of FIVB to the premises of the entity in his new position.

André Meyer of Luxembourg, president of CEV, was appointed as Second Executive Vice President while Dr Amr Elwani of Egypt, president of CAVB, is the new Treasurer.

CAN M: International Volleyball comes to Langley for the first time ever