The Regional Development Center in Dominican Republic and the achievements of the NORCECA Development Plan both were recognized during the FIVB World Congress held in Anaheim, California from September 19-21. 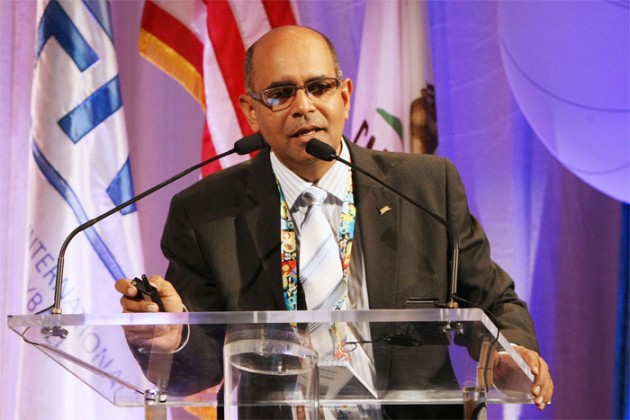 The Regional Development Center in Dominican Republic is the most dynamic of the 13 existing Development Centers around the world (six in Asia, three in Africa, two in South America and two in NORCECA), whose primary purpose is the running of courses and seminars as to establish a close working program with the national federations within their area of influence.

During his participation in the three-day FIVB World Congress, Mohammed explained the development plan currently in practice in NORCECA Confederation and the goals attained and the projects currently in march, including the donation of playing surfaces to National Federations.

Cristobal Marte Hoffiz, president of NORCECA, praised the efforts made by both Ramirez and Mohammed, and reaffirmed the commitment of the confederation to upgrade the playing level in the region via courses and seminars and the improvement of the conditions to play the sport.