Volleyball Talent Identification Training Plan for women and girls was launched in Rosario, the most important city of Santa Fe province. Coaches from different province volleyball federations attended the meeting: Metropolitan, Cordoba, Santa Fe, Buenos Aires Province and NEA. All of them were engaging themselves in this important region project. 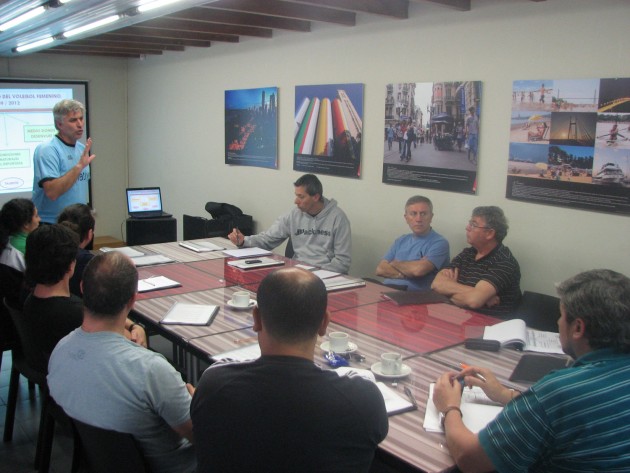 The meeting was held by Enrique Méndez Paz, General Coordinator of the plan, Jorge Torres as Argentine Volleyball Federation 4th Vice-President and Claudio Verasio as President of the Rosario Volleyball Association.

Torres opened officially the meeting welcoming and thanking everyone to be there to help Argentine volleyball keep grwoing.

At the meeting there were the representativesof the regions were:

At the meeting all coaches showed great interest exchanging experiences and ideas to improve the plan while Torres closed the meeting advising the coaches to keep working with Women and Girls Teams.

CAN M: U 23 Pan-American Cup starts in Canada