The U-18 Girl’s National Teams of Peru and Dominican Republic will play a friendly series during the weekend at the volleyball complex of Juan Pablo Duarte Olympic Park in Santo Domingo. 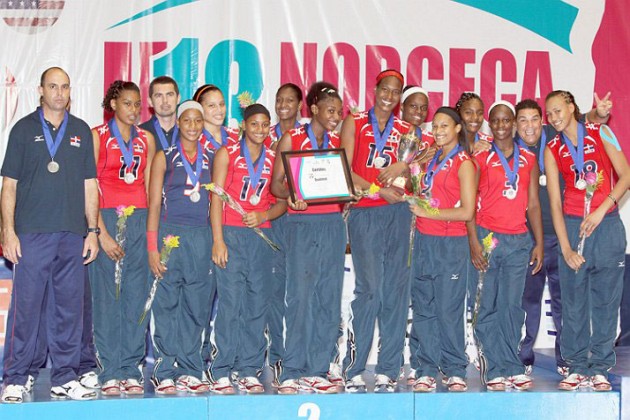 The Peruvian team is scheduled to arrive on Thursday afternoon and the volleyball fans can attend the matches for free to watch the stars of the future in action.

The friendly series was coordinated during the recent U-23 Women’s Pan American Cup held in Lima, Peru.

“These young players are the future of our volleyball and the Dominican team is already qualified to next year’s world championship and the girls need to start their preparation”, said Cristobal Marte Hoffiz, president of the female program of the Dominican National Federation.

He said the Dominican female volleyball is going through a very good moment after finishing in sixth place in the Olympic Games to improve its world ranking to the eighth position.

“We are working in the lower levels with the athletes of the new Olympic cycle”, Marte Hoffiz said. “We are in a good position now but need to work the triple to stay there.”