Looks like the FIVB is taking the hosting duties away from Japan… Federation President Lazarov is happy to announce that Bulgaria has bid to host the 2018 Men’s World Championship. He even mentioned that he’s spoken with newly elected FIVB President Dr Ary Graca about this. 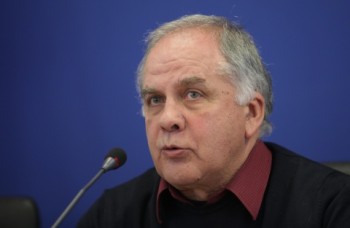 In fairness to Bulgaria, they successfully hosted the Final Round of the 2012 World League despite the drama.

President Graca has praises for them:

“You have everything needed to host the World Championship – great hall, a big team and a country, which is devoted to the sports. In addition, after the wonderful organisation of the League finals, you have a great dossier as a host.”

Lazarov also mentioned that the Bulgarian Federation plans to build new facilities in cities like Burgas, Plovdiv and Ruse capable of hosting the tournament. Sofia and Varna are already front runners to host a round or two.

Anyway, if the FIVB approves the bid then Bulgarian volleyball fans are in for a treat.

ITA M: Italian Supercup – Juantorena vs Savani, what a challenge!

GRE: The Board of EOPE will hold a third meeting on Saturday (13.10)