Thailand took their second win in the 9th Asian Youth Girls’ Championship as they defeated Mongolia 3-0. U. Rujira honoured the Thailand team with a total 14 points. Read the latest news from volleyball world on worldofvolley.com. 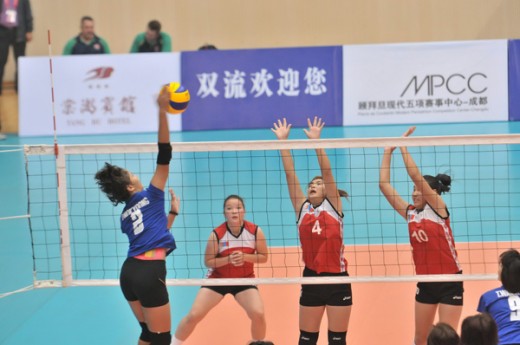 The Mongolian girls showed promise in the first set with their effort in digs. They were able to set their opponents off their known tempo to capture a tie that read 10-10.  However, they became prone to errors and miscues to allow the Thai squad to pull away with 25-15.

Thailand looked stronger in the second set as they took cue from the Mongolians’ ability to break their usual pacing.  They resorted to their offensive plays anchored on moderately powered yet precisely positioned drop shots to rush into a 11-3 run. The Mongolians did not benefit from their apprehensive attacks as they mostly sent the ball over for safety rather than score aggressively. Sudmaa Munkhbat possessed the power for a fiery attack but the orchestration did not fully capitalise on this proper option.

Mongolia could not find the proper methods to counter in the third set. Further damage was sustained with Thailand’s edge in net defence as well as service attempts.

U. Rujira honoured her team with a total 14 points to send Thailand to the top position in Pool C.