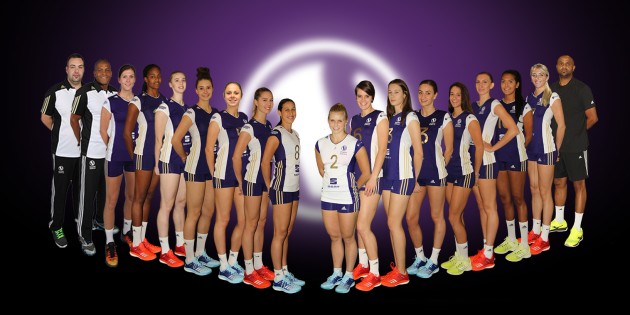 The third consecutive season Bojana Živković, who recently won the European Championship with the Serbian National team, will play in Volero ZURICH.

The team decided to keep her for the next season and now the coach Anderson De Oliveira will count on 15 players.

From the last season, 10 players left Volero and new nine came. American blocker Inky Ajanaku will not be in the team due to injury.

Volero will travel to Italy for some friendly matches. On Wednesday, they will play in Monza against Vero Volley Monza, and on Thursday against Pomi Casalmaggiore.

Spiker, where is your shoe? (VIDEO)

‘The team decided to keep her’???? I hope this is the bad translation for the girl who is the 1st setter of Europian Champion and who was supposed to be the best setter of the championship, but for non-sport reasons was not.

Re: @former_player
She was first serrer of Serbia only because Ana got suspended. She would be pn the bench

Re: @Axe that is true however she was the 1st setter of the team who lost only 2 sets during Europian championship.

Re: @former_player
I wish they would kept only 1 setter, neither Zivkovic or Ana deserves to be on the bench.

Re: @Bogan I agree with you, I am not sure why Zivkovic stayed after winning the gold medal. She shouldn’t have a problem finding a good team where she will be starting setter.