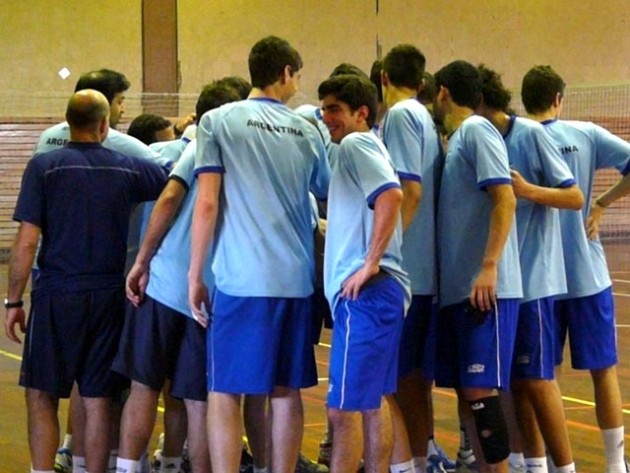 The competition started Wednesday in the city of Santiago, Chile, at the Olympic Training Centre. While Argentina’s youth boys’ team coached by Julian Alvarez will try to maintain their first place in the CSV ranking, some other teams are looking forward to the first World Championship qualification in their history.

The countries participating in this 17th edition of the South American championship are Brazil, Chile, Colombia, Peru, Uruguay, Paraguay, Bolivia and Venezuela, in addition to Argentina. Alvarez’s team are in Pool B, together with Colombia and Paraguay, in a competition of nine teams divided into three pools of three teams each.

Following a new playing formula decided by the South American Confederation, Chile heads Pool A as the home team, together with Peru and Uruguay. Brazil, Venezuela and Bolivia form Pool C. This is the first time a Bolivian youth team has ever participated in the continental competition.

Each team has two games and one free day in the three-day preliminary round.

The top teams from each of the three pools and the best second-place team will qualify directly for the semifinals, which will take place Saturday, November 10. The semifinal winners will qualify for the first two tickets to Mexico, and the bronze medal match on Sunday will determine the third team to join them. The Brazil boys’ team, coached by Percy Oncken, are trying to earn their 15th continental title, but Argentina has won the last two editions of the South American Youth’s Boys Championship – in Poços de Caldas, Brazil, in 2008 and in La Guaira, Venezuela, in 2010.

CAVB: Africa getting ready for an age group revolution