After opening its campaign with two sensational victories, Romania’s 2004 Tomis CONSTANTA hopes to extend this winning streak also on Tuesday as it hosts Russia’s Dinamo KAZAN for the third round of action in Pool E of the 2013 CEV Volleyball Champions League - Women. Read latest volleyball news on Worldofvolley.com. 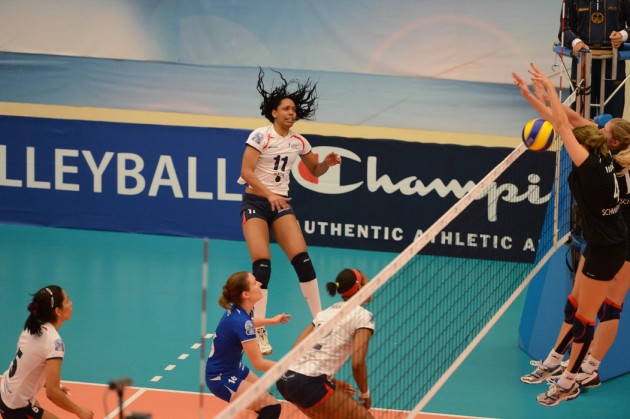 A bronze medalist last year, Dinamo is one of the major contenders for the final crown and after suffering an unexpected setback a couple of weeks ago in Germany being edged by the local side of SCHWERINER SC, the players from Tatarstan got back on track by routing Italian rookie Robur Tiboni URBINO in straight sets in the second leg. Anyway, with five points after two rounds 2004 Tomis CONSTANTA is currently topping the standings of the group and another win would really pave the way for a spot in the Playoffs 12.

The supporters of the club from the Black Sea coast have already enjoyed the taste of a home win two weeks ago and will get together once more to cheer on their heroines. The team mentored by Serbian-born head coach Darko Zakoc hopes for a good result especially after going through some ups and downs in the national league where it suffered a recent setback. As they have got used to play two matches per week, the ladies of 2004 Tomis CONSTANTA are looking forward to this additional opportunity to see where they stand on the European arena.

POL M: Maciej Dobrowolski: there are reasons to worry