POL M: Maciej Dobrowolski: there are reasons to worry

Asseco Resovia sensational match with screw-met AZS Czestochowa was the second in a row for the Polish championship team that is doing well below expectations. The host team, despite the many changes performed coach Kowal, Asseco Resovia play was not significantly changed. Read latest volleyball news on Worldofvolley.com. 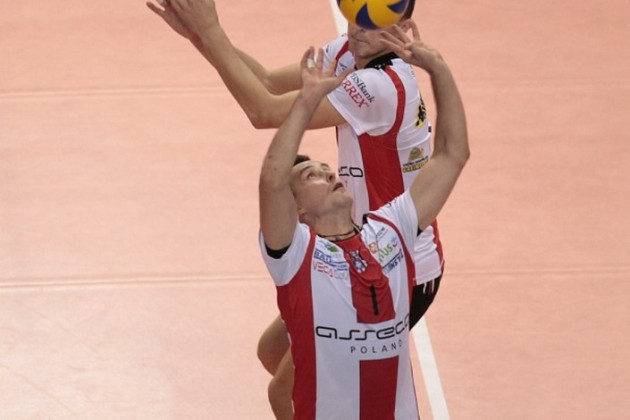 “We have the stability, confidence, just playing badly” Asseco Resovia setter MACIEJ DOBROWOLSKI admits. “After the first set rivals begin to believe that they can beat us, and of course you can, because every one can win. It is not good and there are definitely reasons to worry”.

So what can you do to make the team play better?

“I really do not know. We’ve only a few days to a very important match in the Champions League against Cuneo. We do not have time for this. Frankly, I do not know what to say after the match. Anything I say it will be bad, so maybe better to apply the principle that silence is golden”.

So far, your game looks better in duels with stronger teams than the theoretically weaker …

“Yes, but the better opponents are three of them, and six of these are weaker. Therefore, saying defiantly, I’d rather win six games against the opponents listed below. Unfortunately, we lose points and it does not inspire optimism. We have a large bench, so frequent rotations and something will happens. You can see that we do not have systematic, repeatable and continuity, and these are typical items that we have. Experts say that right now they do not have to be, because they have to appear at the end of the season. But then to have a good starting position, you need to score now. It may not even be the systematic, or our good game, but it’s important that we even gained points. Meanwhile, on Saturday, we lost another ponit, and a good game or not”.

So Resovia fans have great reason to be concerned?

“The anxiety may not, but it certainly worries”.

POL M: Both teams have chance in...