Maritza Plovdiv have completed a big signing in 2018! 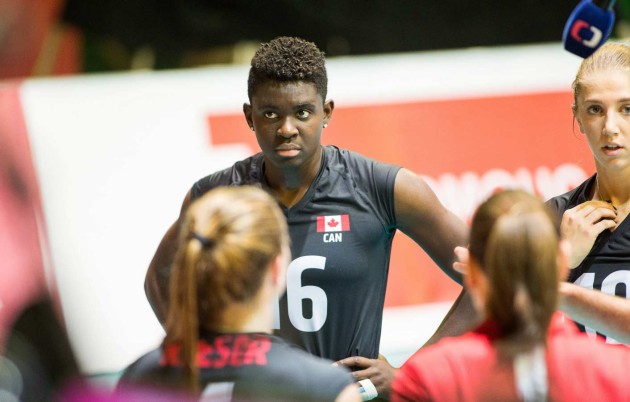 The Canadian national team member Shainah Joseph has signed a contract with Maritza until the end of the season.

The official debut of the Canadian opposite will be on January 11th, when the Bulgarian team is going to meet the Serbian side Vizura in the CEV Champions League.

Shainah is coming after spending five seasons at the US University Championship, playing in a jersey of Florida Gators.

It’s going to be her first professional contract!

“Every day, when I step on the court my goal is to become a better player. I try to learn as much as I can to be the best athlete I can be,” says Shainah Joseph.

It is interesting that the 22-year old opposite played against Bulgaria during the World Grand Prix in 2016, finishing as the best player in a 3-2 defeat…