Two huge upsets occurred in the semifinals of the Estonian men’s volleyball championship Meeste I liiga 2017/2018. 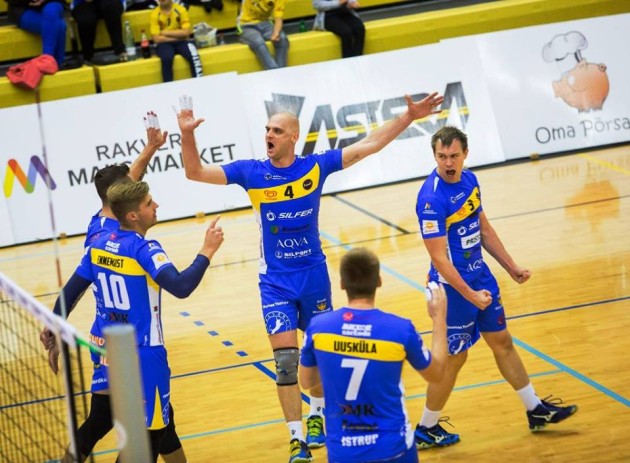 The two top seeds were eliminated from the Meeste I liiga 2017/2018 playoff semifinals.

No.1 Tallinna Ülikool (Tallinn University) lost the golden set to No.6 Eesti Maaülikooli Spordiklubi (Estonian University of Life Sciences Sports Club) as each side won one game by a 3-1. Game 2 ended with the victory of Tallinna Ülikool, partially 25-17, 22-25, 25-23, 25-16, but Eesti Maaülikooli Spordiklubi prevailed in the golden set by a 17-15, to play for the national title after three years.

In the other semifinal, No.5 Rakvere Võrkpalliklubi II stunned No.2 LotusTimber/Neemeco SK. They lost Game 2 by a 3-1 but since they won Game 1 by the same result, the golden set had to decide on the finalists. Rakvere claimed it by a 15-9. Roman Jelissejev topped the winners with 29 points. Kaspar Pomerants served 5 aces and made 81% reception (21 digs, 48% excellent). Villu Vahter scored 23 points for Neemeco.

POL M: Warszawa cruise to confident win against Resovia, who fall out of playoff zone

This is actually real life of libero...