Remat ZALAU is currently preparing for its fifth match in Pool G of the 2013 CEV Volleyball Champions League against Asseco Resovia RZESZOW. RZESZOW started its campaign with two wins, one in the away match with Arago de SETE and then seized also the home clash with Remat 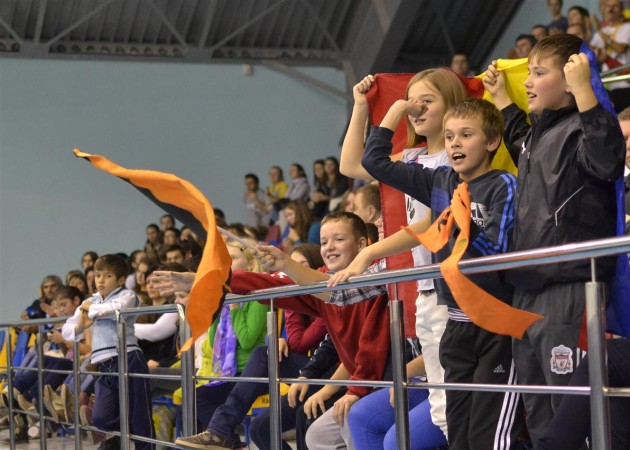 The confrontation is definitely a major stake for Asseco Resovia RZESZOW that needs a victory in order to secure one of the top places in Pool G. RZESZOW started its campaign with two wins, one in the away match with Arago de SETE and then seized also the home clash with Remat. However, the Polish champions were clearly defeated by the Italians from CUNEO in both matches they contested with the side captained by Wout Wijsmans.

On the other hand, Remat ZALAU have lost all their Champions League matches so far, but came back in the battle during the five-set match with Arago de SETE that, despite being lost, boosted up the confidence of the team. With nothing to lose while fighting against the mighty Asseco Resovia RZESZOW, the players of Remat ZALAU hope to achieve a good result that might change their situation in Pool G.

The Polish head coach of Remat ZALAU, Mariusz Sordyl, admits that “Resovia is one of strongest teams in Europe. A proof for their good results is the way they play. They seem to have an excellent evolution also in the Polish championship, as they played very well during their last match. I’m sure that they come to Zalau very determined to win, after the defeats from CUNEO. It will be a very difficult match for us. We aren’t the favorites in this confrontation, but we definitely hope to get to the level of our opponents. We don’t meet very often such a strong team, so this is why we want to show that we are a valuable team”.

Robinson Dvoranen, the captain of Remat, adds: “We are still in not a very comfortable position in our championship, so getting points in the match with Resovia could not only keep alive our hopes in the Champions League, but also encourage us for the future matches we have in the national league. We are even more confident since we play at home. We hope to destabilize the reception of the Polish team with some very good serves and attacks”.