POL M: World League review – Poland in a League of their own

Here is a look back at the FIVB Volleyball World League in 2012 to recall Poland's thrilling triumph. Andrea Anastasi replaced Daniel Castelani as Poland’s coach in 2011. In the final tournament Poland defeated Bulgaria and USA. Bartosz Kurek was the leader of the team. 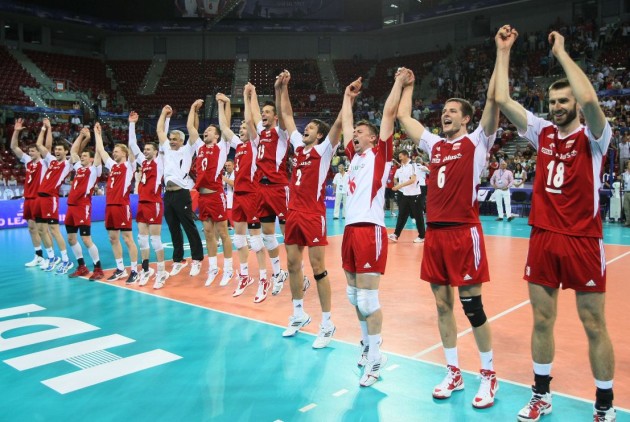 It was the crowning moment. Having been building with successive medals in FIVB tournaments, Poland broke through to the gold medal with their World League triumph in Sofia.

Since Andrea Anastasi replaced Daniel Castelani as Poland’s coach in 2011 the Poles have been going from strength to strength. A previous-best World League result bronze medal on home soil in Gdansk in 2011 was followed up by a bronze at the European Championships, a silver medal at the World Cup, qualifying them for the Olympic Games, before claiming their maiden World League title earlier this year.

It capped a superb 12 months for Anastasi’s men, although disappointment soon followed at the Olympic Games where they finished fifth.

Playing in their first ever World League final, they were in devastating form having passed through pool play at the Finals unbeaten before continuing that record against hosts Bulgaria in the semifinals and USA in the final.

Poland’s triumph, build on the class of MVP Bartosz Kurek, was a reflection of how the sport is growing and a number of countries are now knocking on the door to success. The “medallists club” in the World League is a pretty exclusive one. To date, only nine teams have shared the 69 medals in the 23-year history of the World League. Poland became just the seventh nation to capture gold. In the 11 years prior to their success, just three teams had shared the top prize: Brazil (eight), Russia (two) and USA (1).

Curiously, more teams have gone on to win gold after taking the bronze in the preceding two years than from silver to gold.

One team that could well make the jump from also-rans to the podium is Bulgaria. Despite internal turmoil and a change of coach in the Intercontinental Round, the Bulgarians showed they are a force to be reckoned with. Nayden Naydenov took over from Radostin Stoychev and led his team – who as hosts were already assured of a place in the Finals – to a creditable 8-4 record in the qualifiers, finishing second behind Germany.

They won only one of their five matches in Sofia – 3-1 over Germany – but were just a few points away from the bronze medal when Cuba came back to overcome them in a tense 3-2 loss, relegating them to their third fourth-place finish in the last 10 years.

However, on an individual basis, the Bulgarian players excelled and were either best or second-best in every individual category except one (Best Spiker) in the Finals. Their fourth place finish at the London Olympics furthered emphasised their great potential.

While the Americans were always expected to challenge for the title and in some cases, peoples favourite to pull off a repeat of their pre-2008 Olympics victory at the World League Finals in Rio, Cuba weren’t many people’s tip for a medal. The Cubans hadn’t won a medal of any colour since 2005 and their squad – captained by 18-year-old Wilfredo Leon – included five teenagers. But they qualified for the Finals with a 10-2 record and started off in Sofia with a win over Brazil. Eventually they were beaten by USA in the semifinals, but they overcame hosts Bulgaria to take the bronze and showed that a new generation of players is ready to match the great Cuban teams of the past.

Interestingly, thanks to London 2012, the World League calendar was squeezed between Olympic qualification tournaments and the Olympics themselves. The result was a tournament which saw Russia miss out on the Finals becoming the first defending champions not to qualify for the following year’s Finals.

We now await the 2013 edition and with 18 teams competing for the first time ever, the road to the Finals should be another fascinating trip.