Top Posts
CAVB W: Nigeria head coach threatened with death...
FIVB: All participants of the 2022 Women’s World...
JPN M: Nakagaichi resigns as head coach
CEV CL W: Olympiacos started the Champions League...
SRB M: Atanasijević – “We have to look...
POL M: Heynen to change course of his...
FIVB: All participants of the Men’s World Championship...
CRO: Leo Andric – “I am satisfied with...
DOM W: Rivera retires from national team after...
NED M: Plak explains why he was excluded...
Home » POL W: Milada Bergrova – We made too many errors
Poland

Atom Trefl volleyball players played a good game, and despite some weakness defeated a local leader of ORLEN League at Bielsko-Biala. BKS Aluprof led 2-1 in sets, but ultimately committed too many mistakes. Read latest volleyball news on Worldofvolley.com. 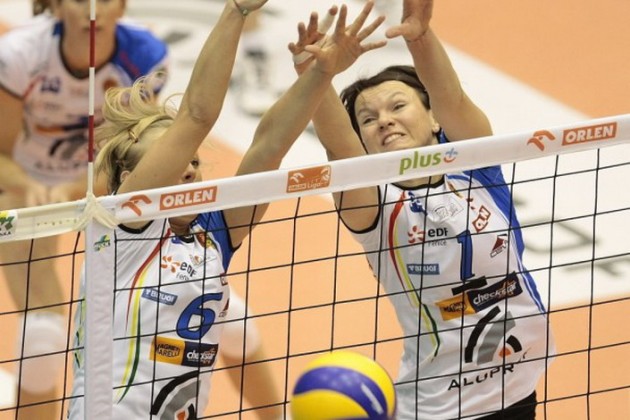 “Almost every set started with a few points ahead of the enemy. I’m not saying that the Sopot team was playing less, but they used our mistakes” said at a post-match press conference, BKS Aluprof coach Wieslaw Popik. “I said that will be a tough game and so it was. We have to swallow defeat on Friday in another important game. We will focus on this in order to avoid such mistakes” said home team coach on Monday.

BKS Aluprof captain, Milada Bergrova said: “The fight was very close, but we’ve make a lot of mistakes. Our rivals for that gambit played well and defended us”.

Satisfaction was felt in the team from Sopot. Atom Trefl paused a series of two defeats in a row, also joined the fight for the highest ranks in the regular season of ORLEN League. “We had a little trouble before the game with the composition. Girls stood up to the challenge and reversed the lack of Erika Coimbra.” summed up the winning team coach Adam Grabowski.

“We are extremely happy with the win on a heavy, a specific area” pointed Izabela Belcik, Atom Trefl captain, currently the fourth team in the league rate.