The hosts of Slovenia completed their spectacular home campaign in Nova Gorica by scoring a fifth consecutive win and qualify for the final round of the 2013 CEV Youth Volleyball European Championship – Girls without losing any set, yhey did so by besting Croatia 3:0. 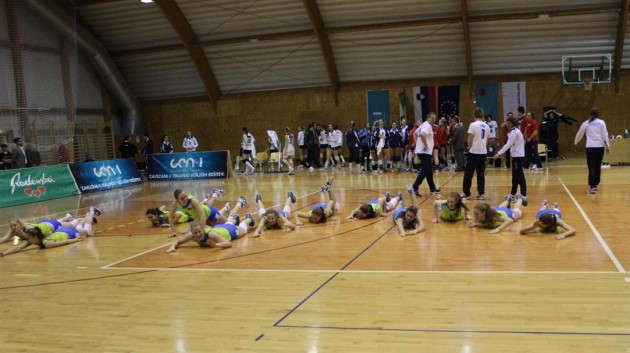 They did so by besting Croatia 3:0 (25-16, 25-17, and 25-23) in what was their last game of a very intensive weekend. Even though their first place was already safe, Slovenia did not slow down the pace and could happily celebrate the end of a fabulous home campaign.

Romania finished in second place – and hence, depending on the results of the other groups, is still in contention for making it to the final round – after defeating, quite surprisingly, their neighbors of Bulgaria with the score of 3:1 (22-25, 25-23, 25-17, and 25-12). Romania stormed back after losing the first set, claimed a close second section of the game and then asserted its supremacy quite clearly in the next two to seize a well-deserved 3:1 and take three valuable points from this match.

In the last match of the tournament Slovakia beat Israel in straight sets (25-19, 25-17, and 25-14) to finish their campaign in fourth place, sharing the same points – six – of Bulgaria and Croatia that are ranked third and fifth respectively.