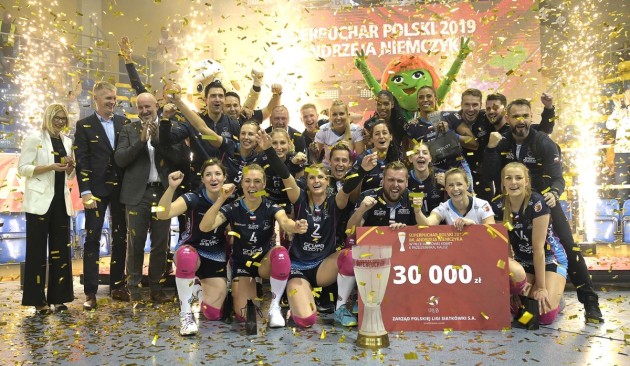 The Cuban newcomer Gyselle Silva “Yiyi” from Reale Mutua Fenera Chieri, Italy, top-scored for the Super Cup winners with 16 points and was named MVP of the match. One more newcomer to Chemik was on a high-level tonight. The libero Paulina Maj-Erwardt (BKS Profi Credit Bielsko-Biała last season) made 73% reception (11 digs, 45% perfect). The European champion with Serbia National Team this summer, Katarina Lazović, was the best scorer for ŁKS with 13 points.