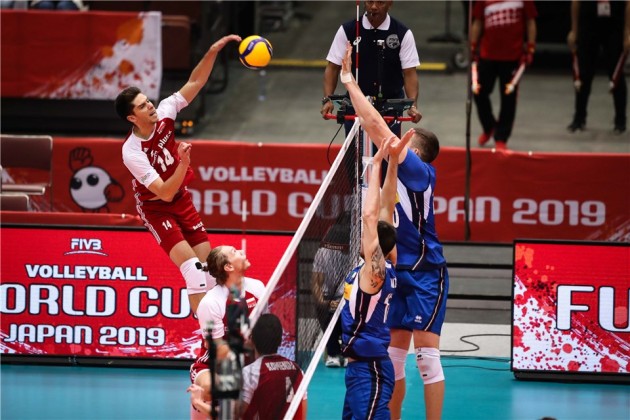 World champions Poland defeated Italy in straight sets, partially 25-18, 25-18 and 25-22, in Fukuoka and recorded the fourth win in five games (12 points, No.3). Of course, it should be taken into account that Italy’s head coach Blengini did not bring in players such as Juantorena, Zaytsev, Giannelli, Lanza and several more to the tournament in Japan, while on the other hand, Heynen put into fire all of his weapons after the first two games, trying out how the line-up with Bartosz Kurek and Wilfredo León works out. And it worked out smoothly. Again. The Cuban-born scored game-high 15 points. Dutch-born Dick Kooy and Oreste Cavuto scored 12 apiece for the “Azzurri”, who are 10th placed (2-3) out of 12 teams at the round-robin tournament.

Brazil wrote down their fifth straight win (no defeat) as they downed Iran by a 3-1 (25-27, 25-21, 27-25, 25-22) in Nagano. The Asian side set off the encounter on the right foot, driven by young forces that took the U21 World Championship title this summer, Amirhossein Esfandiar and Porya Yali. The latter was Iran’s top scorer today with 25 points. But, thanks to Yoandy Leal and Alan Souza (both scored 16 points), the “Seleção” turned the course of the match into their favor. Brazil remained unbeaten and at the top of the charts (5-0) with a maximum of 15 points. 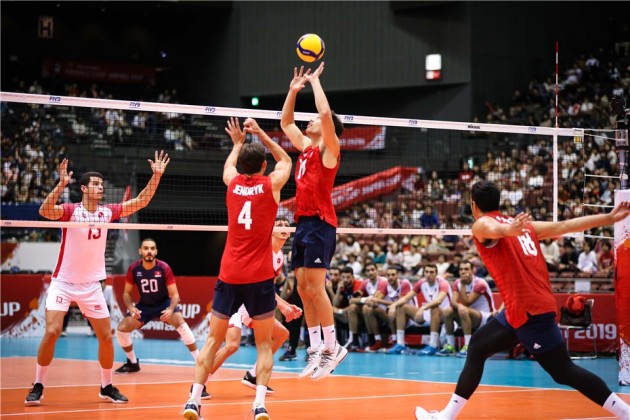 In the match against Tunisia in Fukuoka, the USA’s head coach John Speraw gave the chance to players that were in the shadow of majors stars, leaving starters such as Matthew Anderson, Maxwell Holt, Micah Christenson and few more on the bench the whole time. Mitchell Stahl imposed himself to Speraw with 10 points of which 5 came from the block, leading his team to a straight-set triumph: 3-0 (25-10, 25-18, 25-17). Hamza Nagga scored 13 for the African side (0-5). The United States settled just behind Brazil in the standings with 4-1 and 13 points.

Egypt showed against Russia that winning the first two matches in the tournament against Australia and Iran was not a coincidence but could not withstand rivals bombing from a service line. The “Zbornaya” served as much as 15 aces in a 3-1 (25-19, 21-25, 25-19, 25-21) victory in Nagano of which Ivan Iakovlev was responsible for 5. Yaroslav Podlesnykh poured in 17 points for the winning side while Ahmed Shafik chipped in 14 for Egypt. By interrupting the losing streak of two matches, Russia returned into the battle for the title (3-2, 9 points, No.5).

Logos for next edition of World Championship...