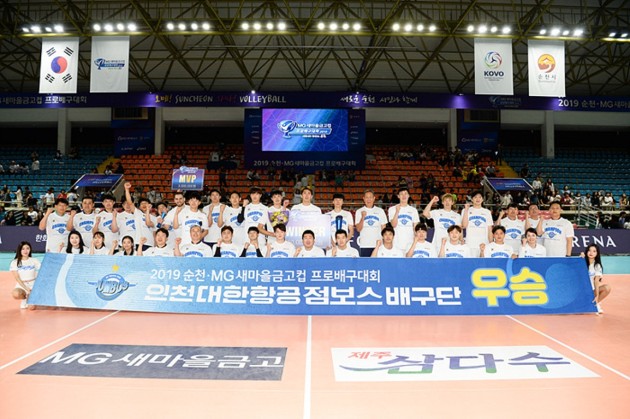 The two finalists already met once in the tournament prior to the final match. The Jumbos prevailed in the group stage much more difficult than now (3-2).

Jumbos’ foreign reinforcement Andrés Villena top-scored in the final with 27 points. The Spaniard was also named MVP of the. Song Myung-Geun notched 19 for Rush & Cash.

The attendance at this year’s KOVO Cup, counting both male and female tournaments, was the biggest since it was established in 2006 – it exceeded 40,000 spectators.