Despite being three-time medallists at the FIVB Club World Championships, PGE Skra Belchatow were knocked out of the Polish Cup in the quarterfinal round and will not compete for a medal. “We are very disappointed,” said Skra Belchatow President Konrad Piechocki. 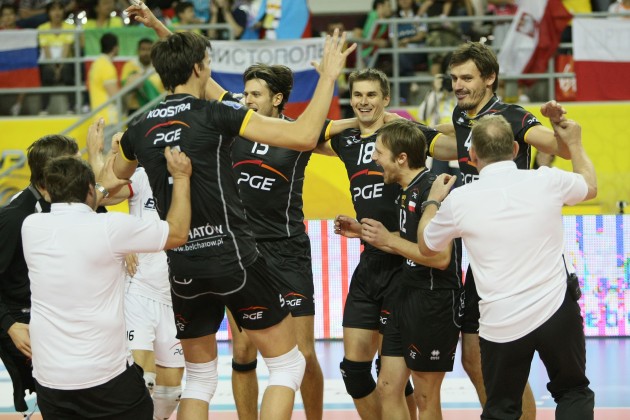 Skra Belchatow will now immediately start its preparations for the Playoff 12 clash with Turkey’s Arkas Izmir in the 2013 CEV Volleyball Champions League, scheduled for January 16 in Izmir. If they succeed, they can advance to the Playoff 6, then the Final Four scheduled for March 15 to 18.

Skra Belchatow also took silver in the 2009 and 2010 editions of the competition. They did not make it into the 2011 edition, when they were beaten to the post by KS Jastrzebski Wegiel, who went on to take silver that year.

It was that same Jastrzebski Wegiel club that again ended Skra Belchatow’s hopes in this year’s Polish Cup, handing them a 3-0 (25-23, 32-30, 25-18) defeat and moving on to the semifinals alongside Delecta Bydgoszcz, Asseco Resovia Rzeszow and Zaksa Kedzierzyn-Kozle.

This is only the second time in 10 years that Skra Belchatow has missed out on a spot for the final four of the Polish Cup, a trophy the club has claimed a total of six times, including the last one.

“We are very disappointed,” said Skra Belchatow President Konrad Piechocki. “We were sidelined by injuries – Michal Winiarski, Daniel Plinski and Aleksandar Atanasijevic could not play in the first leg, in the second we missed Wlazly, who is ill. But we still should have performed better.”