POL M: Polish league leader Zaksa ready to test out the likes of Noliko in Playoffs 12

Zaksa KEDZIERZYN-KOZLE tops the standings of the national league after edging – in straight sets – JASTRZEBSKI Wegiel in the last round completed this past weekend. Since a few days Zaksa was joined by an additional player, namely Brazilian Rogerio Lintz Leite Medeiros Nogueira. 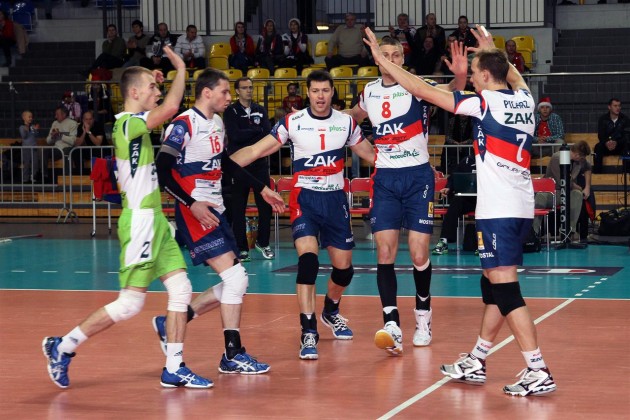 After enjoying a break of 9 days, the guys of Zaksa were nevertheless well ready to join actions again as they had been working very hard for the past couple of weeks. “We spent many hours in the gym doing some drills we have specifically conceived to get ready for our clash with Noliko MAASEIK” says assistant coach and former international star Sebastian Swiderski.

After struggling with some injuries, affecting also setter Pawel Zagumny, all the top players are back and at the disposal of Argentinean head coach Daniel Castellani. “We did not expect such a terrific performance in our away match with JASTRZEBSKI and I do hope we will be able to keep momentum also for our clash with Noliko on Wednesday” stresses Swiderski.

Noliko is a very tough contender as the Belgians have showed in their prelim matches with Arkas IZMIR of Turkey. “We have to pay attention to their serves and attacks as these are their best fundamentals and may turn into the key factor to determine the fate of the game” adds Swiderski.

Since a few days Zaksa was joined by an additional player, namely Brazilian Rogerio Lintz Leite Medeiros Nogueira, who was transferred from the club San Bernardo Volei.

“All fans here in Kedzierzyn-Kozle are waiting for another victory of their heroes and we do expect a full hall on Wednesday” says club president Sabina Nowosielska. “Our main goal is to start the New Year the best possible way”.

He’s back to Polish national team: The...